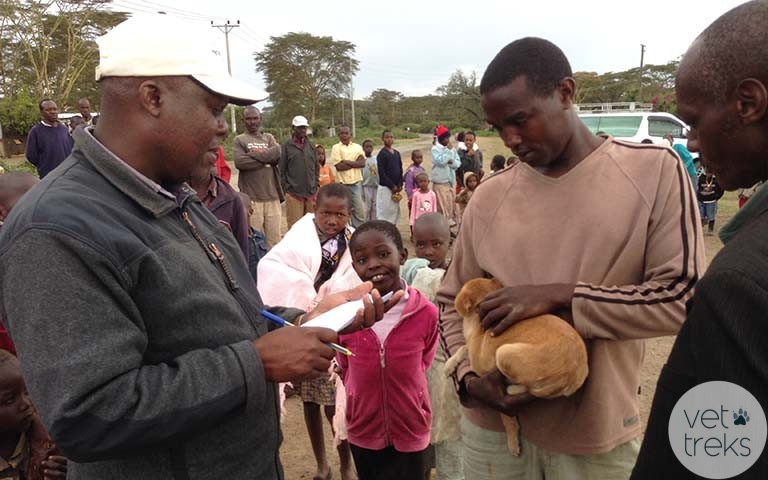 There are 42 unique ethnic tribes in Kenya, each with its own distinct language. Most Kenyans speak at least three languages: that of their native tribe, English (actually, British) and Kiswahili (also called Swahili). Kenyans who are from mixed-tribe families are able to converse in all of the tribal languages of their parents and grandparents. Swahili originated several centuries ago as an amalgam of the tribal languages and Arabic, as a means of facilitating communications between the disparate tribes and the Arab colonists on the east coast. When in Kenya it’s not unusual to hear one individual flawlessly shift between a tribal dialect, Swahili and English all in one conversation, not to mention that many Kenyans in the tourist industry also speak many of the European and Asian languages in order to serve the many tourists that visit. The power of that multilingualism is impressed upon this monolingual American every time I visit this fascinating country. 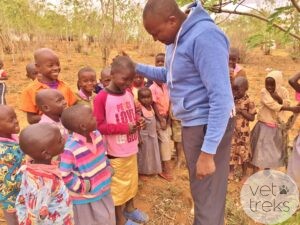 Kenya will surprise you in other ways. In 2016 when Vet Treks volunteers worked with African Network for Animal Welfare (ANAW) to provide a mass rabies vaccination campaign across many communities, I noticed that people seemed to be more partial to cats than to dogs. Many people in Kenya keep cats indoors and dote on them as beloved pets. These cats are often so docile that people will bring them to a rabies vaccination station in their arms (no kitty crates are ever seen) and I never witnessed any of these cats freaking out with the commotion around them. Dogs on the other hand are either feral or kept outdoors on tethers only for the purpose of guarding families’ compounds. They seem to be more feared and disregarded. I regularly saw dogs dragged into the clinic against their will, at the ends of twisted wire tethers, or pulled awkwardly by one of their legs. I’m told that one reason for this is fear of bites and rabies, historically owing to a 15th century rabies epidemic that killed thousands of animals and people, and of course rabies remains a concern today. 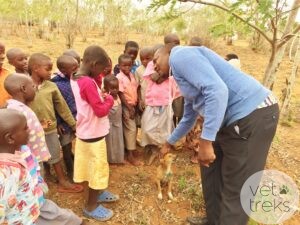 While manning a vaccine station in Rukanga, I watched as Simon (an ANAW employee) approached a group of school children who had dragged in a young puppy, a tight rope around its neck. Simon is a big, imposing man with a commanding, deep voice. I wondered if he would reprimand them or take the puppy away. But as he quietly spoke to them in their own language he was smiling, and at one point gently reached out stroked the head of a boy in front. Then he leaned over and stroked the puppy in the same loving manner. Even though I understood not a word he spoke, I knew that he was speaking to them about kindness and empathy. When the kids left with the puppy one of them was carrying the pup in his arms. This was a beautiful reminder to me that, in a world fraught with cruelty and division, kindness is a choice and it can be shown in any language, with or without words, and kindness ultimately is what changes attitudes and behaviors.

Experience this yourself. Join Vet Treks Foundation in Kenya in February 2018!